“the boy who fell from the sky”

Jule Owen was born in the North of England in a little place nestled between Snowdonia, the Irish Sea and the Pennines. She now lives in London, UK, where the weather is warmer, and there are more museums, but she misses the wide open spaces and the good quality water.

Jule spent many years working in online technology, latterly in the video games industry and is fascinated by science, technology and futurology, which she periodically blogs and tweets about.

Her books are her creative response to the exponential growth of technological innovation in the era of climate change, with a bit of magic thrown in.

She can be found online and would love to hear from you. Look her up here:
www.juleowen.com

Q: Your book “The Boy Who Fell from the Sky” is set in the near future. Was there a particular motivation in choosing this time frame?

The Boy Who Fell from the Sky is set in 2055, which is far enough into the future for technology to be transformed, but near enough to seem familiar. You can relate to Mathew, he lives in a house and goes to school, but he also has holographic dragons, beebots and super-realistic VR, which you probably don’t.

Me: No, I don’t. I wouldn’t mind having it though!

Q: The society in your book felt rather oppressed. Why is that so?

The freedom we have in the West was hard fought for, over hundreds of years. Now governments are fast eroding many of these liberties. I live in the UK, which is the most surveilled state in the world, and yet we are the 5th most prosperous country and at peace on our own soil. Our freedom is wafer-thin. If our economic and security situation changed I can easily imagine the government becoming more draconian. In The Boy Who Fell from the Sky, climate change has ravaged the country and the economy and war is about to break out. There is totalitarian government and there is nothing to stop them exercising complete power.

Me: This is something I have thought about as well. I agree with your sentiments.

Q: The technology in your book is amazing. Where did you find the inspiration for these gadgets?

I’ve worked in technology my entire career. I have had a lifelong obsession with computers and an addiction to gadgets. I love all shiny new electronic things and interesting new software. I read everything I can about future technology. So it’s a combination of research and wish fulfillment. I really want germ-eating gloop to clean my bathroom and kitchen and a domestic robot, like Leibniz, to manage the house.

Me: Don’t we all! I have two kids! My bathroom is a disaster.

Q: Your book talks about climate change altering the planet. How did you research for these scenarios?

I’ve been reading about climate change for about ten years. I’ve read pretty much anything I could get my hands on, from the IPCC reports, reports from Hadley Centre for Climate Prediction and Research (based at the UK’s MET office), to articles in magazines like Nature and The New Scientist. Good books to read on the topic are Storms of My Grandchildren by ex -NASA scientist James Hansen and The Revenge of Gaia by James Lovelock. The latter two are on the more pessimistic scale of things, but nearer the truth, I fear.

Q: The time travel aspect of your book was very different than anything I have read before. Where did this idea come from?

A ridiculous amount of time reading science journals and books about theoretical physics and futurology and a lot of lost time playing video games.

Q: Do you think the premise of your book is actually something that could happen?

Well obviously, it’s a novel – it’s fiction, and time machines are a bit of a sticky subject scientifically speaking… However, I did spend a lot of time building my future world from what I learnt in scientific journals and books. It’s impossible to predict the future, but there are broad trends and fundamental things about humanity that I think will inevitably lead us in a certain direction. The geopolitics, for instance, is based on a book called The Next 100 Years by George Friedman who is the CEO of Stratfor. I didn’t follow Friedman’s vision strictly (I have us at war with China not Japan) and I know his book has been widely debated, but it comes from a place of serious academic and practical knowledge and a lot of it seems spookily prescient lately. The bit with the Battlestars in my novel for is pure Friedman. Elgol was inspired by a book by a book called Gaviotas: A Village to Reinvent the World, by Alan Weisman, who also wrote another book I like called The World Without Us. Quite a lot of the future tech and science comes from the books of Michio Kaku, the popular scientist, theoretical physicist and futurist. He introduced me to the Kardashev Scale of Civilization Types, which I found incredibly helpful in thinking about the far future. I also admire the work of Astronomer Royal Martin Rees, who wrote Our Final Century and is now the cofounder of the Centre for the Study of Existential Risk at the University of Cambridge. Finally, I am an addicted reader of The New Scientist. If you read this magazine for long enough, you’ll start to see where my books come from. It’s a serious scientific journal, so…

Q: What would be on the sound track for this book?

Well Clara is a classical pianist who ends up specializing in Bach, so there would have to be some Bach. Clara’s signature piece and my favourite piece of Bach is Piano Concerto no.2 – Siciliano BWV1053. Not piano, but also on my personal soundtrack for these books would be Erbarme dich from St. Mathew’s Passion. Then there would be a number of loud apocalyptic tracks, like United States of Eurasia by Muse and The Dog Days Are Over by Florence and the Machine.

Q: If you could time travel, where would you go and what would you do?

I’d probably spend my time hopping between the future and the past, tweaking history like a megalomaniac. For instance, I would find the team in the future that cures cancer and bring them back into the past and erase that horrible disease from people’s lives.

Q: If you could have 3 wishes, what would you wish for?

Live in a wild place

Q:  If you could meet anyone in the world, who would you pick?

Kate Bush. She seems so normal and chilled out for a genius. I think she would be a lovely person to chat to.

Q: Bigfoot…real or a hoax?

A hoax. But a really fun one.

Q: If you could have a super power, what would it be?

Introducing Mathew Erlang, creator of holographic dragons, who is about to get tangled up in the future in a rather serious way

The world is falling apart in 2055. Floods have devastated London, on the eve of the First Space War. With the city locked down, sixteen-year-old Mathew Erlang is confined to his house with only his cat, his robot and his holographic dragons for company.

Desperate for a distraction from the chaos around him, Mathew becomes fascinated by his peculiar and reclusive neighbour, August Lestrange, and begins to investigate, turning to the virtual world of the Nexus and Blackweb for answers. But as he digs deeper, Mathew realises that Mr. Lestrange isn’t a normal man at all.

When Mathew accidentally finds himself trapped in Lestrange’s house, he opens a door and falls four hundred years into the future. Unwittingly, he starts to destabilise the course of human history.

The Boy Who Fell from the Sky delves into a future where climate change and technology have transformed the world. It is the first book in the House Next Door trilogy, a young adult dystopian science fiction action adventure.

Mathew’s story continues in Silverwood, Book 2 in the House Next Door series.

This book has the AlliesOpinions official stamp of approval. 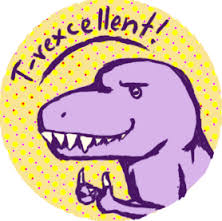 This book is available through Amazon. Click the title below:

the boy who fell from the sky