Since today is World Kindness Day, I’ll share some of the wisdom I’ve gained. I grew up in an abusive home where kindness was rare and bitterness prevailed. My days were spent surrounded by unhappy people who passed that unhappiness onto anyone who happened to be near. I can’t count the times I listened to my own flesh and blood excuse their terrible behavior on the fact that it had and was also happening to them.

The old, “if i have to go through it, so do you” thing. I didn’t understand it then and as I’ve gotten older, I understand it even less. Being hurt is not a rite of passage. Life does not have to be a contest of who can endure the most.

I’ve seen this thinking translate into other aspects of life as well. One of those is the way people discipline their children. The whole “I was spanked and I turned out fine so it must work” nonsense. It never ceases to amaze me when otherwise progressive and intelligent people spout this crap at me. People who base every other belief they hold in life off evidence and sound research fall into this trap and I just don’t get it. The studies are there. The proof is there. We know it doesn’t work. What’s left to justify?

This applies to pretty much everything. Societies cognitive dissonance has disastrous results. We see homeless people and assume they are homeless by choice. They “didn’t work hard enough” or they “don’t want to work” ect… This is a commonly held belief even in the face of cold hard facts. Facts like the minimum wage being an unlivable wage. We KNOW for a FACT that it’s not enough money to pay rent. Yet, we refuse to raise the minimum wage. We expect people to make something work that just won’t. It’s madness.

We KNOW that our healthcare system is broken and people die due to lack of coverage or access to care. We KNOW this. The proof is in our faces at every turn.

We know that our education system has failed. Especially here in Oklahoma. We KNOW that it’s not being properly funded. We know Standardized Testing does tremendous harm. We know that rigid adherence to a “sit down, shut up and memorize” method to teaching is a failed model. We know all of these things and yet it’s defended and the cycle continues to destroy unabated.

Think of how far we could be as a species right now if our approach to everything was kindness. If we extended our empathy passed ourselves or our immediate family. If we actually cared about others well being and success and actively worked to help everyone reach their full potential. 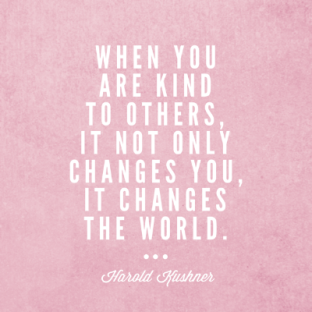 This isn’t impossible. It doesn’t have to be hypothetical. All it takes to realize this reality is to be kind to everyone.

Let us be the craftsman of this world. Let us stigmatize cruelty and selfishness. Let us think beyond ourselves and break this violent cycle of trial by fire.

Let every single one of us look at the hurt we’ve felt and pledge that we will not be the cause of that in another.

Let us not just survive, but actually live. 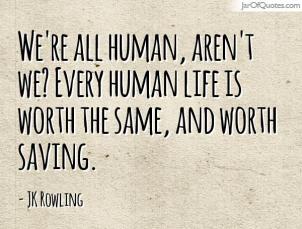 One thought on “#worldkindnessday Walking The Talk”